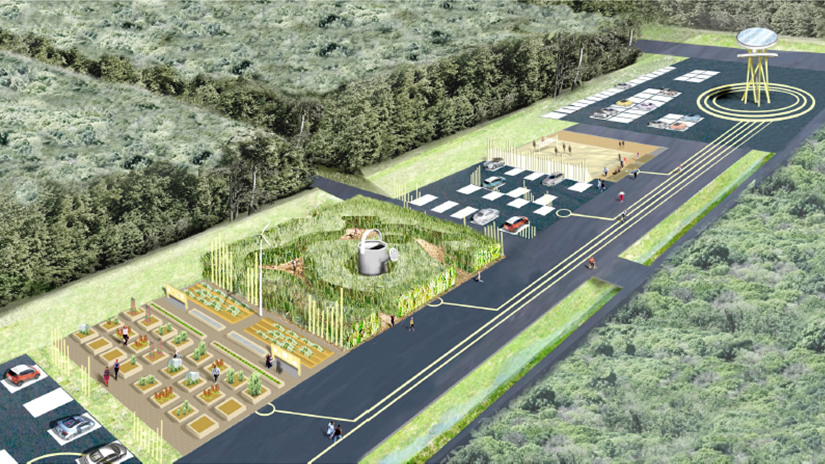 The BIZ covers about 91 acres east of the city of Creutzwald, along the Franco-German border and the new RN33 trunk road.
The Warndt Inter-Municipality is willing to develop this Program to give new impetus to the economic development of this district.

For that purpose, some areas have to be cleared to enable manufacturers and artisans to settle on our territory, with priority given to innovative, high-technology, specialized branches of industry or services, while contributing to sustainable development and generating permanent jobs.

The site is welcoming various economic activities, but also leisure-time facilities  and housing. This diversity add new momentum to the exchanges and activities carried out in the cross-border WarndtParK BIZ and make it a privileged place with enviable quality of life. .

A ZAC is a tool or procedure implemented for a land-planning program. It corresponds to an area in which the Warndt Inter-Municipality is organising and supervising the layout and development of the land plots before turning them over public and private buyers.

Why do we apply the  ZAC procedure ?

The ZAC procedure is a tool well-suited to conduct complex projects (combining business of different sizes, housing, recreational and administrative facilities, …). Furthermore, completed land management is not a prerequisite to launch the implementation of the program. The procedure is based on teamwork involving the inhabitants of the Warndt Inter-Municipality who contribute to the delineation of the Project and have a say in the decisions.

The stages of the ZAC development program

Preliminary studies were launched in mid-2009 to :

The Warndt Inter-Municipality collected the information provided by the consultants and adopted on July 7, 2011 the Program for the creation of a ZAC including the following components :

Sodevam – a company located in Département Moselle – was officially designated and commissioned as the developer of the project.

The general contractor’s team is composed as follows :

The specification and implementation file is meant to provide clear and detailed information about the studies already completed. It contains, i.a.:

The Program has been approved by the Warndt Community Council on December 18, 2013

Reserving a plot open since October 2014.